Drill Times
Drills are held the first Monday of the month and the third Wednesday is meeting night. All members attend fire schools throughout the year. The department responds to 50-60 alarms a year and also responds for mutual aid to other communities when needed.

Background
The present Juneau Fire Department, like most organizations of its kind, had a small and primitive beginning in 1878.The first firefighters at the county seat was the “The Bucket Brigade.”  The clang of the fire bell, day or night, brought out almost every man, woman and child in the village.  Pails and buckets of all kinds and sizes were called into requisition and the old wooden pumps creaked in every backyard near the scene of the fire.  The lack of water was the greatest handicap for the “Bucket Brigade.”

A second-hand fire engine was purchased by the village together with a good supply of hose, a hose cart, and a hook and ladder truck. Cisterns were built in several parts of the town, and they were filled from the roofs of the neighboring buildings. At this time the Fire Company was organized and divided into its various departments.

In the year 1887 Juneau was incorporated as a city and in 1900 a new revised constitution and by-laws were adopted by the Fire Department putting it on a much more definite working basis. In 1895, Juneau installed a water tank 108 feet high. This gave the city a good gravity pressure and relieved the hand engine of much of its responsibility.  Now Juneau boasts a 500,000 gallon elevated water tank located north of the city. 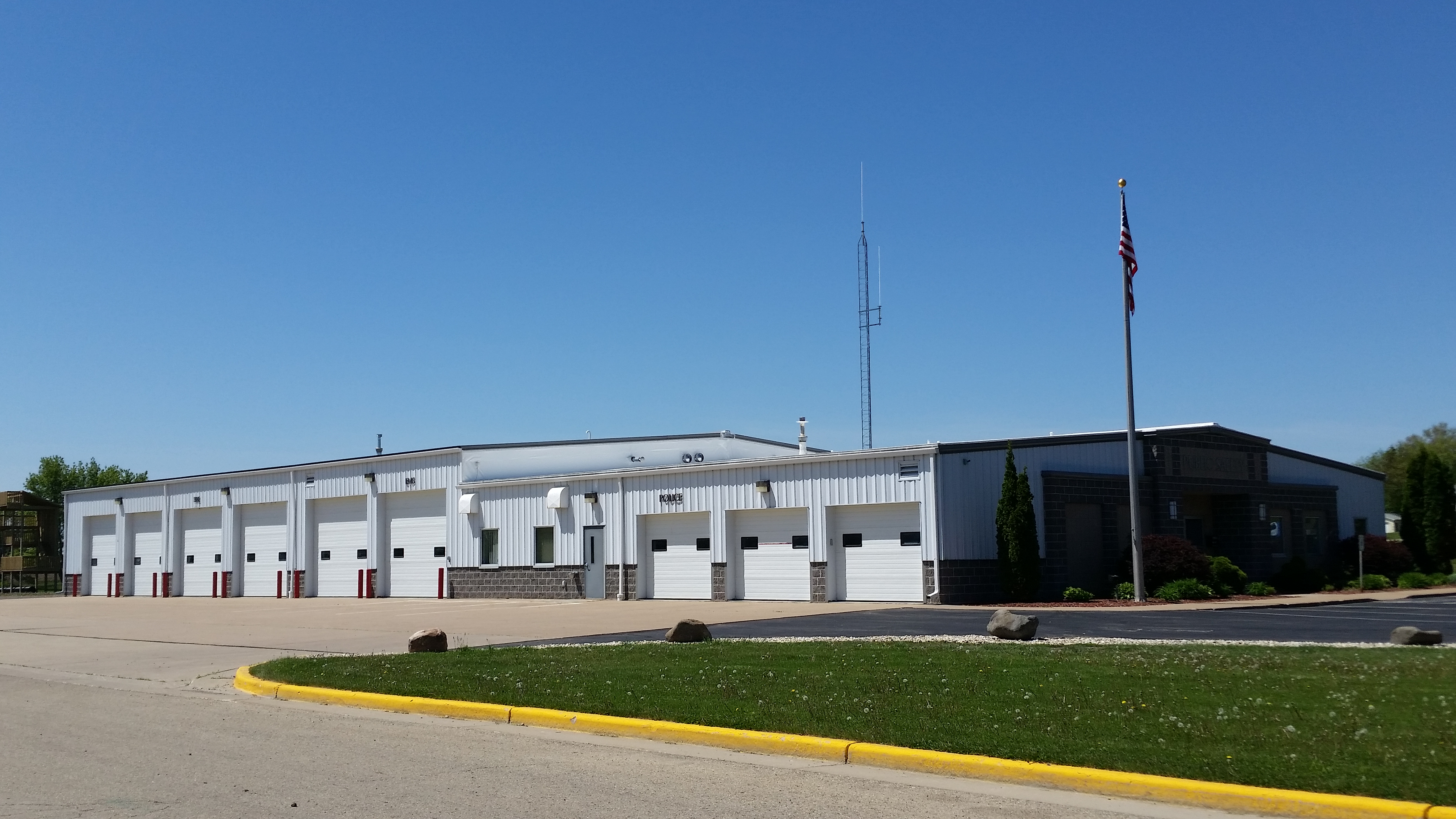